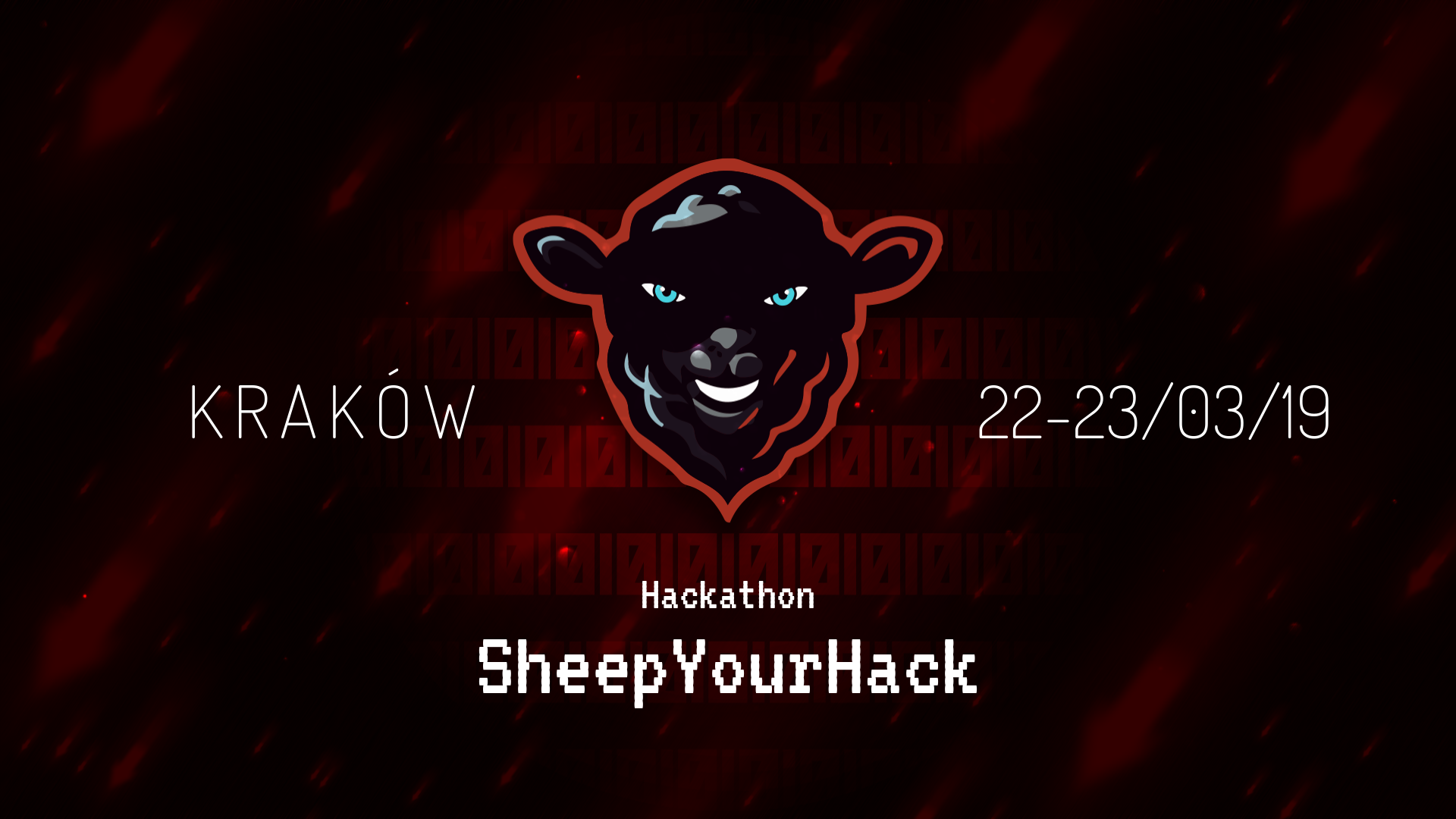 Is the code enough to reach the market? Report from SheepYourHack Hackathon

What matters in times when the competition is “just one click away”? Not directly, but such a question was posed to the participants of SheepYourHack Hackathon, hosted by the College of Economics and Computer Science in Kraków. They were mainly young programmers, making their first steps in the job market or in business. Here’s what came out of it.

On 22nd – 23rd March, in the center of Krakow, on the WSEI campus, Hackathon took place with a well-defined business goal. During the Hackathon the participants had to propose a solution on the edge of the New Media and Sharing Economy within 24 hours, they had a freedom of choice of technology. At the start there were 110 people divided into 23 teams, 20 of them decided to present their ideas. The sponsors of the event were Alior Bank SA and VMLY&R, and as the Partners there were, among others, Szkoła 3.0, Archman Sp. z o.o., smartways.io, Brandbay.pl, Veneo, Trafficar or Domino’s Pizza.

Sharing places on the go

The Kitowcy Team won – the team members were: Konrad Hopek, Marcin Karkowski, Mateusz Danieluk, Arkadiusz Gotfryd. These guys were working on the AddVenture application that serves to share places on the go, so that when your co-driver for some reason will not be able to go, in his or her place you can choose someone new, which will save travel costs. It is worth mentioning that this was the first time the boys attended the Hackathon. 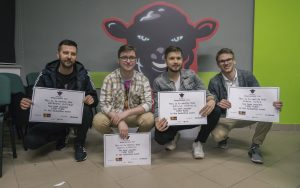 An interesting story is the story of the winners of the second place… that is the team Concert Buddies: Natalia Kuczma, Marlena Olszewska, Przemysław Rożnawski, Dariusz Serwaczak. Why? The guys met each other just a few weeks before Hackathon, and they met the girls at SheepYourHack. Despite such a short acquaintance, they managed to find a thread of understanding and work out an idea that interested the Jury, that is an application that bases on trends from Spotify, for example, and helps to choose a companion for the concert, at the same time adding a discount code. 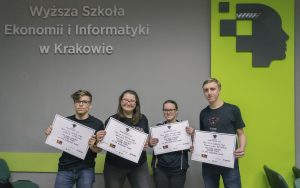 The Hybryda Team (Mateusz Góralski, Adam Siwek), the third place winner, decided to face the problem of young parents who are looking after their child. The idea is to choose not only a good nanny for their baby but also a company who will share his or her passions. Apart from fight with the scarcity of day-care centers, the solution’s aim is also to restore the construction of relationships in local communities and simply get to know people with similar problems. 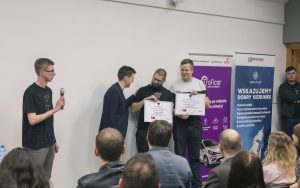 For the first three Teams there were cash prizes. However, the Jury decided to appreciate three additional projects: an app to help find a carer for a pet (for example, when you are on holiday), find the nearest Trafficar type of a vehicle without having many applications, and an app to share vouchers. 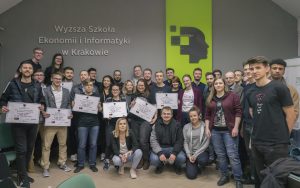 “You come, you register, and get a beautiful T-shirt. There is the opening ceremony when the topic is announced. You get million ideas in your head and you know you have to choose one, the best one. It’s not enough to code the application, you have to feel the job market and look from the perspective of a client. You’re not just a developer; you are also a visionaire and your main critic. And along with you the project creates three great people that you have never worked before with. There are mentors around – businessmen, marketing specialists, experienced programmers – who, on the one hand, inspire you, and on the other hand they confuse you with difficult questions so that we better understand how the business really works. At some point your team is called on the stage, because you won the second place, and you realize that the Hackathon is over and you are just tired after 24 hours of continuous thinking, but on the other hand, you want to continue the project because you really enjoyed it. “

“SheepYourHack is an event that for participants was certainly extremely developing, and for us, mentors, it turned out to be extremely inspiring. We were surprised not only by the multitude of interesting ideas, but also the technical level of the tasks. Of the twenty projects that have been created for 24 hours in the sweat, at least a few of them have a chance to be quite successful in our opinion. The organizers stood up to the task and took care of every detail, giving young creators great conditions for work. Without hesitation, we would accept the invitation for the next edition.”

At the Innovation Center at Alior Bank we design creatively every day, but the opportunity to create solutions with students who claim that the “sky is the limit” is an unusual experience for us. The ability to see the emotions and needs of potential users gives a great start to build innovative products and services, and the inexhaustible energy of young minds enables the finalization of the concepts – as was demonstrated by the 24-hour exercise.

“We took some risks as organizers. We didn’t want to give the participants a purely technical task. There are a lot of Hackathons of this type, even several of them were held in Krakow and the surrounding area during our Hackathon. On the other hand, one of our goals was to give young people the chance to confront the market expectations, expressed through the presence of industry experts acting as mentors and jurors. One of the tasks of the Mentors was, in a sense, to divert development teams (especially at the beginning of the work) from what they like the most, coding. In return, the teams were encouraged to think about what they were doing, who their recipient was, what their needs were, how to satisfy them, or whether someone would be able to actually pay for it. It resulted from the desire to broaden their perspectives. Young programmers often focus too much on small technical details, forgetting what is the purpose of their work, often lacking a broader look, what can already be seen in the interview. From the experience of a person who had the opportunity to work with both mature business teams but also with young ones, I see that the sooner the programmer starts to see the business dimension of their work, the better for them. Therefore, I think that in addition to immediate benefits like rewards or networking, the value of participation in this type of events reveals itself over time, at a different rate. That’s why I’m glad that so many people wanted to spend their first spring weekend with WSEI at SheepYourHack. As organizers, we have also drawn a lot of valuable lessons, hence we believe that the next edition will be even more successful. “